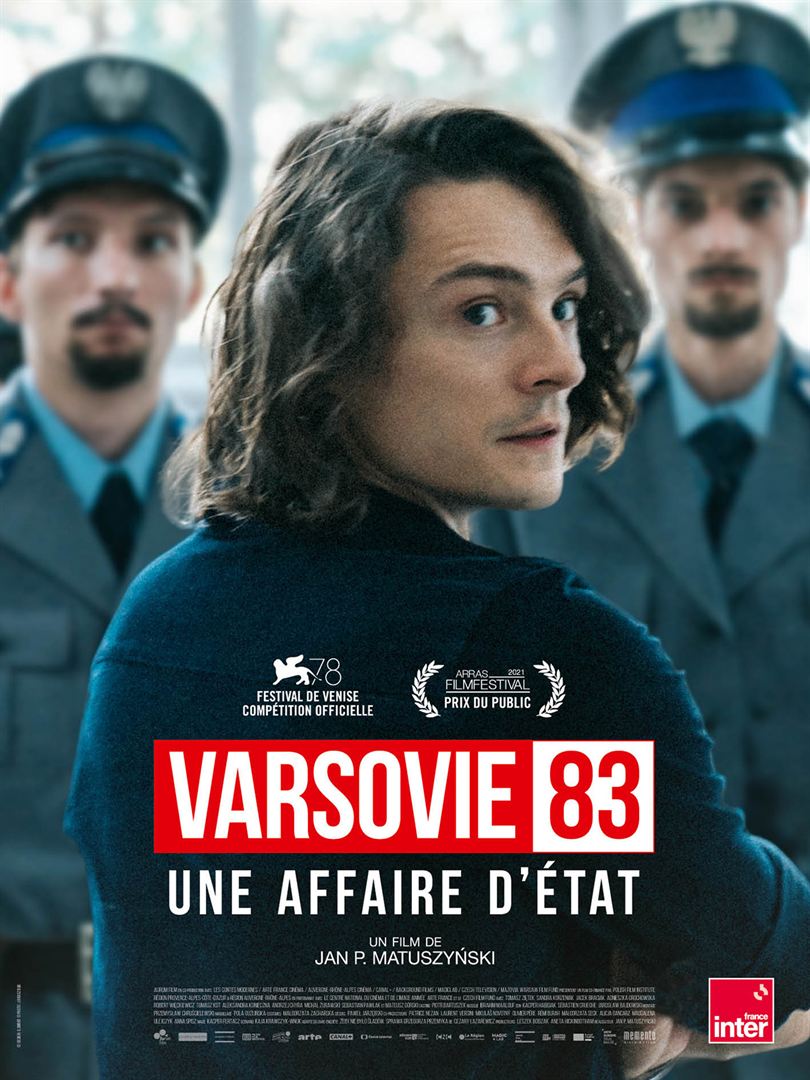 Warsaw 1983. The son of an activist close to Solidarność is beaten to death by the police. Lies threats: the totalitarian regime of General Jaruzelski will try by all means to prevent a fair trial.

Our Golden Lion. We have just seen the film in selection that we find the most captivating, and the finest: Leave no traces.

This political thriller reminds us of the best hours of American cinema in the 70s. We are at the antipodes of a sensationalist cinema à la Fincher; the film finds its intensity precisely where another political thriller had wearied us (The Promises), in the relevance and the force of the glance posed. The form is completely in tune with the film, the fine and meticulous reconstitution captivates us throughout, the direction carefully avoids any flashy effect. On the contrary, it follows a very precise and skilful thread. The psychological relationships studied with a fine-tooth comb, the strength of the subject itself, and its universality – once again a film that speaks to us of the past in order to question the present, captivates us in a way that political thrillers rarely manage to do.

Jan P. Matuszynski manages to avoid all the traps into which comparable films fall: dramatic overkill, over-explanation, over-complexity, over-written, convoluted and tortuous dialogues, and above all, music and ambient noises that guide the emotions that the spectator should feel. Less is all the more so, that by striving for the form to embrace the subject more than it seeks to magnify it, not only does the impression of truth emanate naturally, but above all, a space for reflection is invited to the spectator, who can at leisure identify what the past history, forgotten, still resonates today.

In addition to the excellence of the direction, the narration and the dramaturgy, the strength of the film also comes from the overall quality of the interpretation, the whole of the protagonists strive to transcribe even more this impression of reality, which sends us back to Warsaw, in 1983, certainly, but probably even closer to us. Masterful !

Published in Venice 2021 and We highly recommend