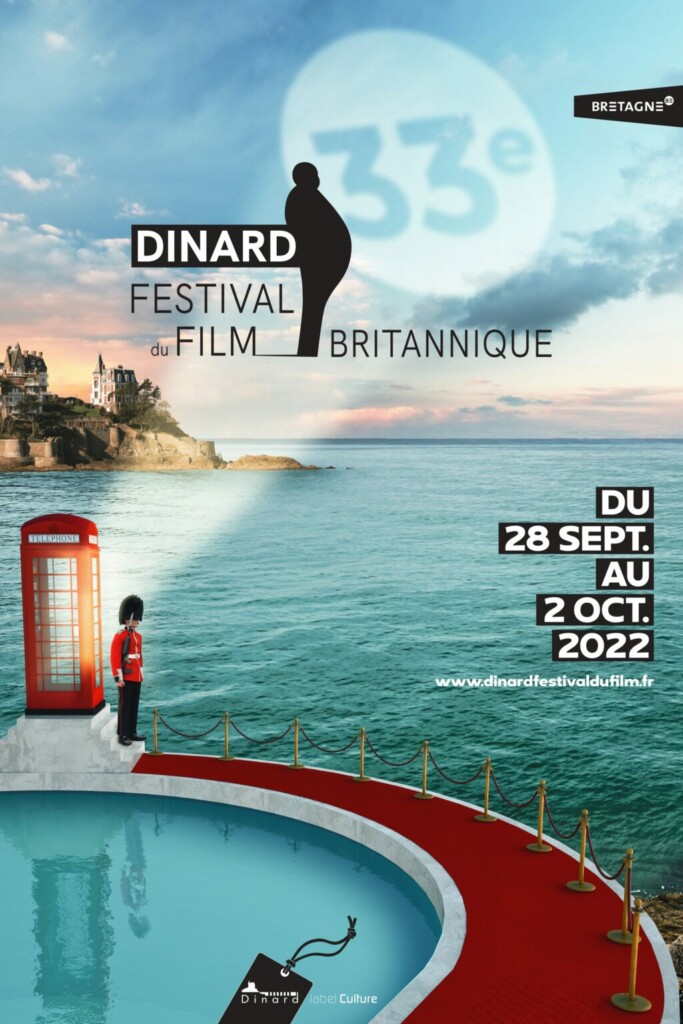 Here we offer you our critical diary of the films in competition (and some previews) at the 33rd Dinard British Film Festival.

The rating scale applied is the following:

The imaginary life of one of the world’s most famous authors, Emily Brontë. Emily is the inspiring, uplifting and inspirational journey of a rebel and misfit to female maturity. Exploring the relationships that inspired her – her raw and passionate relationship with her sisters Charlotte and Anne, her painful and forbidden first love for Weightman, and her attention to her idolized brother Branwell, the film paints a portrait of one of the world’s most enigmatic and provocative writers, gone too soon at the age of 30.

The influence of Emily Bronte on director Frances O Connor is reminiscent of Jane Campion’s relationship with literature (in general, but also with Bronte). It is necessary to translate to the screen the nobility of poetry, to give thanks to a form of romanticism, where nature accompanies the destinies of women (or men) inspired and inspiring. Frances O Connor invites the spectator, for a little less than two hours, to observe the world in the manner of Emily Bronte. Feeling is an important part of the story.
The family too, whether it is the attraction and the assumed love with her brother, fanstastic, free but superficial, and inconsistent, or the radically opposed one with her sister Charlotte, much colder, made of resentments, disappointments, rivalries, small jealousies, and differences of opinions but otherwise more complex (love-hate, repressed love or complex love in contradiction with the simple and natural love with her brother). Love is also in question, in the relationship that Emily Bronte forms with the man who is entrusted with part of her education, despite a great difference of vision on how to approach life (excess, passion in opposition to rigor, to moralistic austerity). Emily likes to provoke, she likes to escape, she likes to run, to keep her childlike soul, and to break the rules. The film may not reach the grace of Jane Campion’s Bright Star, but it succeeds in this almost imposed exercise of transposing us into the very work of Emily Bronte, in these Wuthering Heights, so lyrical,
and to bring us out of it, sometimes with an interesting cinematographic skill and inventiveness (some very nice shots, some nice transitions, some well-constructed images that emerge from a mostly more classical and applied whole). Finally, let’s mention the remarkable work on the language, the proses borrowed from Bronte’s writings, but also the one on the French language, and the remarkable interpretation of the main actress, Emma Mackay, particularly accurate and credible as Emily Bronte.

My old school by Jono McLeod

This documentary starts from an interesting subject that certainly deserved to be brought to the screen. But the director is so convinced of this that he makes the mistake of stating it at the outset and thus fails to create a mystery that would have certainly made the various statements collected more interesting. However, the very graphic presentation, the will to use animation to make the story more captivating seemed indeed an excellent idea. But the very scholastic development, the revelation of the story mid-film, the repetitions in the different speeches, and the absence of good editing ideas or strong moments in the speeches themselves, do not captivate and leave us at a loss. Probably the fiction form would have allowed a more interesting treatment, to dwell differently on the psychiatric/psychological component that could/should have been at the center of the development.

All my friends hate me by Andrew Gaynord with Georgina Campbell, Antonia Clarke, Charly Clive, Joshua McGuire, Tom Stourton
It’s Pete’s birthday. His group of friends, who he met in college, is throwing him a party in the country. However, Pete is increasingly troubled by the jokes and sarcastic comments of his friends. As the atmosphere shifts from awkwardness to terror and surrealism, Pete comes close to the point of no return during what was supposed to be a joyous weekend reunion.

All my friends hate me takes the gamble of keeping its subject as long as possible to confuse the viewer, leaving open false leads. It’s about transporting us into the mind of a young man who is happy to celebrate his birthday with his friends, whom he meets again a few years later. It is especially to confuse us, and to convey in turn joyful feelings, fearful, to establish a troubled atmosphere, which could spoil the party. The confusion that the director wishes to translate and create as for the interpretation that the spectator can make rests partly on the shoulders of his main actor, or more exactly on his glance that the spectator is invited to follow. The dialogues, very written and so English, come in contrast with the great expressiveness of the main actor, who touches as much as he questions by his innocence, his naivety and his dazed looks in front of all that exceeds him but that he tries in spite of everything to ward off. The skilful game of chase was in fact hiding a larger subject, less light than it seems, and when we discover it, the good time spent until then seems more consequent, and if the plastic of the film remains ordinary, the narrative prism reminds us of some beautiful escapades of renowned authors in universes flirting with the genre, from Polanski to Hitchcock. Clever rather than grandiose, like Sorogoyen’s films, very much in the era of the times.

On New Year’s Eve 1999, three young adult friends venture out onto the streets of London, determined to end the year on a high note before their lives become irrevocably different. Driving a small Peugeot 205, dodging girlfriends and gangs, Cappo, Two Tonne and Kidda will do anything to get tickets to the best party of the millennium.

Reggie Yates offers us an energetic cinema, based on good old memories, which allows us to be transported during a New Year’s Eve in the London of 1999,
in a time of mutation: the very trendy (and electronic) nightlife is established, pirate radio stations are born and carry hip hop sounds,
The first cell phones began to transform social interactions. Constructed like a modern heist film (which tends to mock precisely the codes of heist films), it blows on this film a vital energy that we find for example in the first films of Spike Lee, from which we would have removed any militancy. With this return to simple feelings, and a lot of humility, Reggie Yates, who has become a TV star in the UK, delivers a story full of pep, oscillating between funny and tender moments.

In a small provincial Iranian town, children work hard to support their families. One day, nine-year-old Yahya and his friend Leyla find a glittering statuette in the desert. Yahya’s boss, Naser Khan, a film buff, decides to help them find its owner. A charming story that demonstrates the power of cinema on a tight-knit community, worldwide.

Winners unsurprisingly follows in the footsteps of the filmmakers it pays homage to, which it cites from the start. First of all, the Iranian landscapes, so dear to Kiarostami, the possible conversations in the cars whose windows allow a look at the boiling Tehran and the Iranian society, reminding, in a wink, Ten (Kiarostami) or Taxi Tehran (Panahi). Secondly, the international recognition obtained by Majidi and his actors at the Berlinale, but also that of Farahdi at the Oscars, serve as a playground for a story that borrows its principle from Tornatorre’s Cinema Paradiso – also a little too directly quoted: to proclaim one’s love for the cinema,
to set up an immersive device that allows to transmit this love. Love that led Hassan Nazer to the cinema, he confided, winners being his personal story, shot in the landscapes he knew as a child, when he was sorting garbage and dreaming of becoming a filmmaker like his idols.

For Gwen, it’s always 1999. She doesn’t recognize the face she sees in the mirror, nor her partner, even though they wake up together every day. Joe’s past is unraveling and his partner, Sarah, fears being forgotten. A doctor refuses to abandon them, determined not to let them wither away. A funny, poignant and moving story of two couples living with brain damage and the impact it has on their lives.

The almond and the seahorse tackles a difficult subject, the effects of brain injuries, both on the victims and especially on those around them, by adapting the play of the same name by Kaite O Reilly. Director Celyn Jones surrounds himself with an attractive international cast, very feminine, to offer us a choral story that begins by blurring the lines, in an opening that does not yet precisely announce its themes, in a rather clever and interesting way. The director, an actor on the screen who already played the same role in the play, was keen to change a few elements of the play to make it more acceptable to a wider audience. If his own interpretation is convincing, if it is the same for the whole cast, if some moments of very British humor appeal to us, the film very quickly falls into a certain dead end, to want too much to precede the feeling and emotions it wishes to convey, in a too supported and systematic way, all in a cinematographic form lacking<resolutely of audacity.