Cinema Reporters " Film Critics " We highly recommend " Hit the road: Panah Panahi in the footsteps of his father 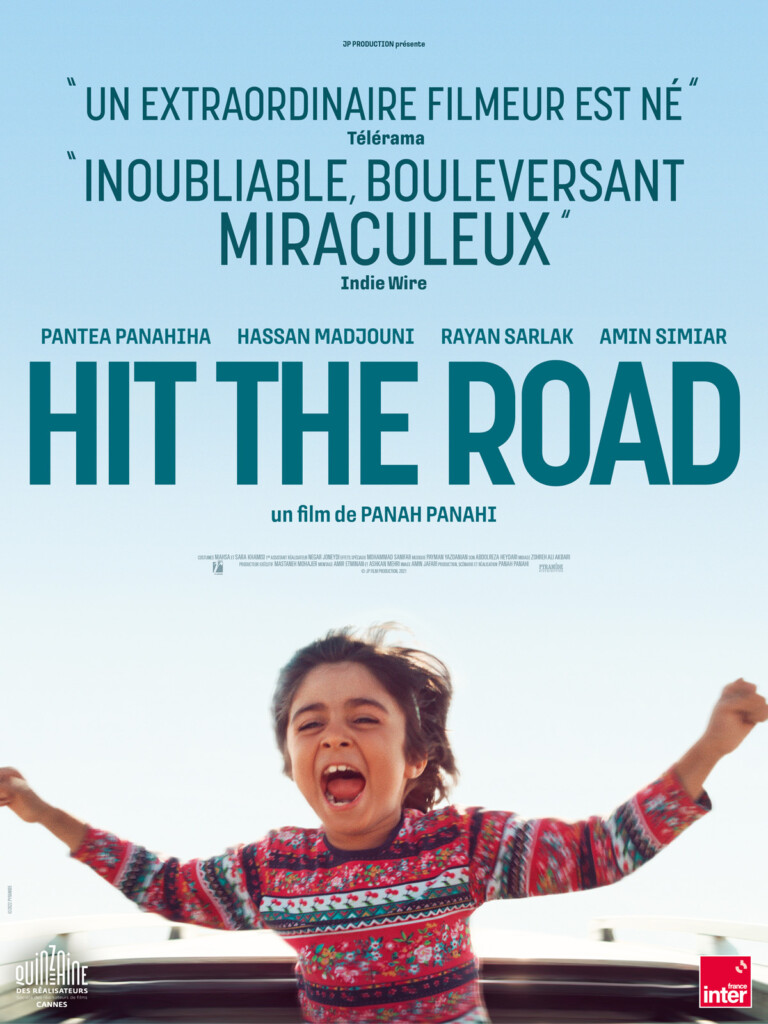 Hit the road: Panah Panahi in the footsteps of his father

The son of the famous Iranian filmmaker is releasing his first film, titled Hit the road. The title of this first work is reminiscent of the famous song by Ray Charles . The story takes the form of a road-movie , where Panah Panahi recounts in his own way the difficulties of exile and the current situation in his country. The subject, complex, is not attacked in a frontal way, censorship obliges. The film aims to be apolitical, but the social context that surrounds the story emerges quite clearly. With a lot of lightness and fun, Hit the road reveals the birth of a filmmaker who pays a certain homage to his father, Jafar Panahi.

The emergence of a cinematic identity

Panah Panahi signs an ambitious, neat, artistically interesting and assertive first film. His successful essay demonstrates a great ability to film reality with subtlety and finesse . He manages to describe exile and all its human consequences with humour. Beneath the trappings of a road-movie with dramatic outlines slips a work that stands out for its singular desire to make people laugh despite everything.  ;All the strength of the film lies in a delicious humor sometimes turning to criticism acerbic . Panahi chooses to show the situations in a happy light, but they hide a much less joyful subplot. We note here a clever circumvention of censorship.

It is interesting to note the some similarities between Hit the road and the films of Jafar Panahi (especially Taxi Tehran):  the action which takes place partly in a car, and the pronounced and humorous taste for the description of Iranian society. Hit the road can thus be seen as a slight tribute from the son to his father, but also a bravado towards the censorship problems faced by Jafar Panahi in recent years. However, Panah breaks away from his father’s political style to offer a seemingly less burdensome vision.

Panah Panahi perfectly appropriates the sets already seen in the films of his father (but also in those of his master Abbas Kiarostami), especially car interior scenes. So much so that they become a driving force in the film, turning it into a road movie. Many shots magnify the beauty of the Iranian landscapes. The staging, as close as possible to the characters, makes it possible to capture their reactions and their emotions. The filmmaker’s style thus asserts itself. The staging uses, with exacting standards and subtleties, variations in the composition of shots, alternating between shots tight and wider shots.

The originality and inventiveness of a “barometer scenario of Iran”

Hit the road scenario shines with its simplicity, and its perfectly assumed comic style. The poster and the title are consistent with the subject. Panahi touches on the goal sought: to tell us about an exile with a share of irony, in particular through a gallery of characters as whimsical as they are burlesque. The dialogues evoke much more a family and relaxed atmosphere than the dark reality they are living. This quirky aspect dominates during part of the film. However, the uprooting, the fear of change, the separation then become much more palpable. The criticism of the country is felt, but the scenario insists primarily on this united, particular and endearing family. The film makes it possible to measure the Iran’s temperature, and to make us aware of an important migratory reality. But all this with intelligence and creativity. This film, without being frontal, breaks taboos, and completely plays with the censorship in force . Committed work?  In any case, the director prefers the representation of a close-knit family to the gloomy portrayal of the Iranian condition.

However, the film is above all overwhelming. The more intimate and delicate moments blend harmoniously with the road movie if far removed from the codes of Iranian cinema. The final scenes, bathed in dark and beautiful light, marked by their intensity. A few previous scenes already contained strong emotion, perfectly served by the quality of the interpretation of all the protagonists (and the direction of the actors).

Published in Film Critics and We highly recommend