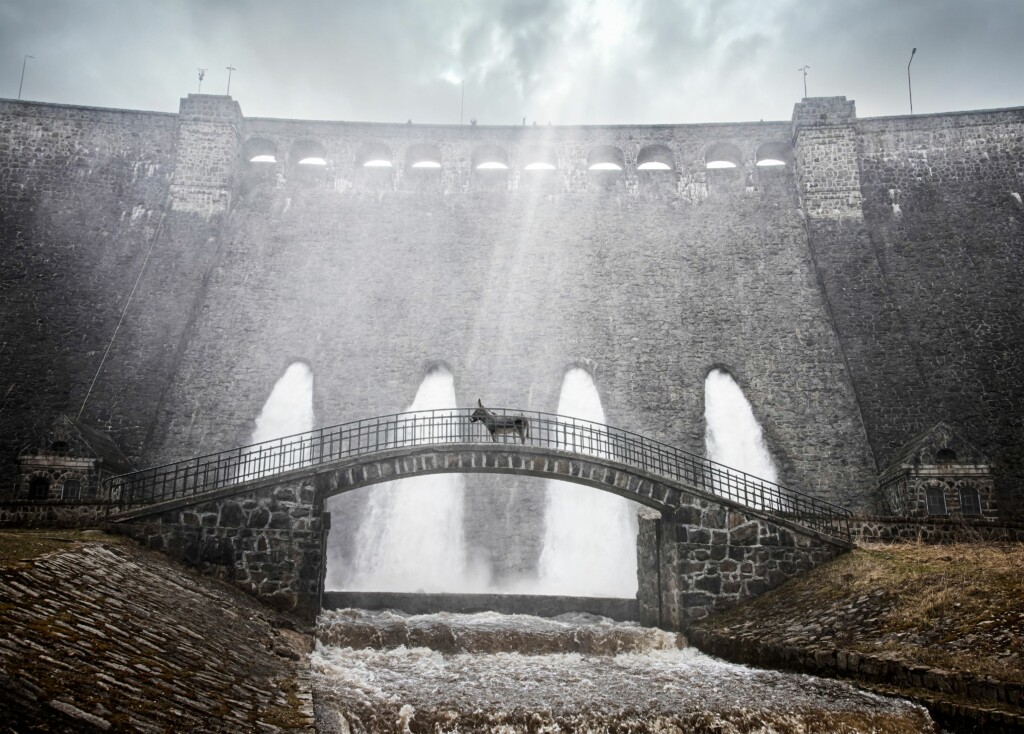 The world is a mysterious place, especially when seen through the eyes of an animal. On his way, EO, a grey donkey with melancholic eyes, meets good and bad people, experiences joy and sorrow, and the wheel of fortune turns his luck into disaster and his despair into unexpected happiness. But never, at any moment, does he lose his innocence.

With Eo, Skolimowski asks questions: Where to go? Where are we going? What kind of world do we live in, and what kind of world will we leave to our children? Where does living in this world lead?

Can we really talk about a remake of Bresson’s masterpiece Balthazar? We’ll know in a few hours. We would rather speak at our level of an update with a change of perspective. First of all, it is an update in the digital age. Bresson himself would probably not have refrained from aiming at a bloody image if he had judged that it served his purpose.

Bresson and Skolimowski share points of view, notably on what cinema should be, an art that should not borrow from the theater at all, but that would be closer, in fact, to painting (we will not come back to the cinematograph, since it is a question of talking about Eo and Skolimowski, so we’ll get to that). Certainly Bresson would not appreciate Serebrennikov’s very showy (and admittedly pretentious, or demanding) staging effects. But the exercise Skolimowski tried, to allow himself to translate a horrific perception through the image (which is reminiscent of Lars Von Trier‘s The house that Jack builts, by the way), probably would have been welcomed by him – but he is not here to do it, so this statement remains very conditional…

Bresson and Skolimowski would certainly have conversed for hours about the future of the planet, and probably would have been alarmists (we invite you to see The Devil Probably, if you are not convinced of Bresson‘s alarmist thinking on the subject, well before anyone else). Skolimowski obviously takes up this message. But if there is a major difference between the two masters, an aspect that Skolimowski doesn’t care about, and has always cared about, it is to be found in the relationship to morality, to faith, to religion, he the not very bigoted Pole. Skolimowski has always been much more involved in shouting, rage, action, and therefore politics. Balthazar was a profession of faith, a call for a better world, washed of all its sins (and in particular the capital sins, of which he drew up a primer in a very theoretical and meticulous way). Eo is much more like a catastrophist visual poem, leaving no room for the slightest hope, the die has already been cast, it is already too late, the divine has no place anyway – if there is to be a priest, it will be a tartuffe in Eo.

Another important difference lies in the way they approached cinema. Bresson loved control, he thought about his cinema constantly, he theorized it excessively, so that from the mechanics springs the pure, uncluttered truth. Skolimowski, on the other hand, is one of those painters who prefer flashes of light, brushstrokes animated by an intention that escapes control, from consciousness, in order to better project himself, to bring out a power inherent in the human being. The image accompanies the idea; it encloses it in itself. Thus the use of symbols is very different between the two filmmakers. Bresson uses them in a very ostentatious, strong and directive way. Skolimowski, on the contrary, likes to blur the lines and let the viewer decide on the symbolic weight of an image, a sound, or a camera movement. Besides, sound is another common point between Skolimowski and Bresson… Both of them work on them to excess and think their image through them. The musical dressing of Balthazar, a sublime ode by Schubert, aimed at bringing the bittersweet tone, but also brought back to the divine. The musical dressing of Eo, you will have guessed it, aims much more to translate the brutality of our world, such as it is today, and will be tomorrow.

Published in We recommend