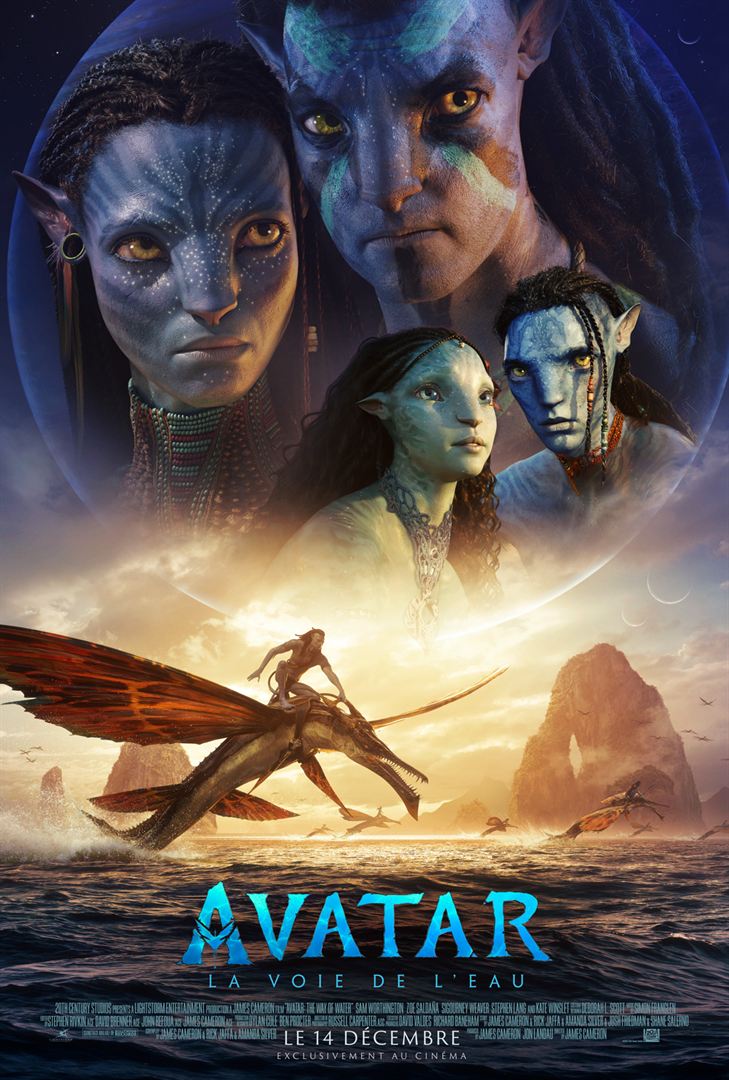 Avatar: The Way of Water: a necessary wait ?

A decade has passed since the events on Pandora. Jake Sully (Sam Worthington) and his partner Neytiri (Zoe Saldaña) live happily surrounded by their three biological children, their adopted daughter and Spider, a human teenager considered a Na’vi by the rest of the people. However, this happiness is short-lived when Colonel Miles Quaritch returns for revenge.

Avatar: The Way of the Water, one of the most anticipated films of 2022, has so far sold more than 10 million tickets in only four weeks of release in France. James Cameron‘s new feature film has met with the same dazzling success as the first part, thirteen years earlier.

An aesthetic and technical success

Was this wait necessary? Technically, it is justified. Indeed, this new opus of Avatar proves to be a real technical feat on the visual level with images more beautiful than the others and a clear improvement of the physical aspect of the characters, in particular concerning their face. The association between the actors and the virtual characters works even better than in the first film released in 2009. The modeling allows for example the rejuvenation of Sigourney Weaver in a more subtle way.

James Cameron, who has been fascinated by the deep sea for many years, became in 2012 the second man in the world to explore the Mariana Trench, the deepest site on Earth. As a result, Avatar: The Way of the Water focuses primarily on a new Na’vi tribe living in harmony with the water. The beauty and purity of the underwater landscapes serve the director’s message. Each shot on the oceans, on the imaginary aquatic animals refers to our current environmental situation. The 3D and the real underwater shots in a tank of about 100 cubic meters of water make the animations more realistic and striking. It is a question for Cameron to incite to the protection of our planet and the marine fauna by banning the intensive hunting of animals. Therefore, when one of the sons of the protagonists Lo’ak befriends a tulkun – an imposing cetacean – and protects it body and soul, we empathize with them.

A scenario that lacks depth

Although the 3h12 may seem long, it passes easily. In most of this part, the spectator can hardly breathe, drawn into a permanent tension produced by the sequence of actions. Without any real risk, the story, although dense, does not deepen the psychology of the characters. The antagonists remain the same from one film to another. Thus, the stakes remain identical and predictable. Cameron uses a short voice-over to explain certain grey areas, such as the one surrounding the miraculous birth of the adopted daughter of Doctor Grace Augustine’s avatar (Sigourney Weaver), or the one around the young human Spider left on Pandora for no apparent reason.

Reassured by the profitability of the film, James Cameron confirmed that three other sequels will be released, we hope that they will further sublimate the technical and aesthetic requirements while developing some characters. The director of Titanic (1997) would also like to go beyond the limits of cinema by offering even longer versions than this one.

Published in Directors and We recommend